It is Tiny. One Week Developing With an 11" MacBook Air 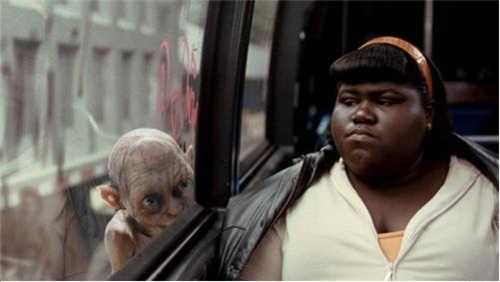 For as long as I can remember, all of my computer upgrades have been "bigger and badder." Outside of moving from a FULL ATX DESKTOP WORKSTATION to a laptop, Moore's law has played out nicely. Every few years I'd get something bigger and better.

After several years of lugging around a 15" MBP, I decided on a change. Instead of a beast, I went with a dainty 11" MacBook Air. And I love it.

I think we can agree that this is not too shabby. My biggest concerns were power and the shortness of the screen itself.

I've got no complaints in this department. It is almost exactly the same (spec wise) as my 2010 MBP. It is even a touch faster with the SSD. I had an SSD system drive in my MBP, but everything on SSD definitely makes a difference.

My typical workday involves an open copy of WebStorm, Sublime Text 2, a terminal session running various servers, a VM running a server instance, Chrome with an excessive amount of tabs, Skype, Adium... you get the picture. I'm a power user ;).

This thing can hang.

Sure, I would love to have 16gb of ram and a quad core (not hyperthreaded) cpu. I will have my credit card poised and ready when that beast arrives, but I'm able to get shit done without hinderence.

It is small. It isn't much bigger than an iPad. And that is awesome. It is so small. I love it. I want to put it in my pocket. It won't actually fit in my pocket (the iPad mini is already there), but it is so light. Have you ever been at a conference and felt like a sherpa cresting the peak at Everest at the end of a day toting around your 15" monster? Maybe that is just me, but that won't be a problem with this little guy.

Sure, it is short, but it hasn't been an issue. I've had to be a little more "dynamic" with my font sizes, but overall I've been able to spend hours reading and doing work on the laptop and it hasn't been a hinderence. It certainly isn't a problem when it is docked and hooked up to the 27" display!

I don't know what would compel me to get a gigantor laptop again at this point. This thing is rad. My only real beef with it is the eensie weensie <esc> key. It is a little tough to get at if you use VIM regularly. Luckily that is easy to solve with some key remapping. Otherwise, I have absolutely zero buyer's remorse and look forward to having a computer onhand more often, as I will be much more likely to tote it with me when I go out. I'm looking forward to the 11" Muzetto from SFBags to show up.

If you're looking to drop some weight from your laptop bag, you really can't go wrong with the Air. I'm impressed.

On another note, I setup the new machine using Boxen, and it was awesome. I ran into a few snags, but it is so cool to have a basic configuration version controlled. I can literally go from fresh install of OS X to working in under an hour now. I plan on writing my thoughts on that and will post it here soon.